A few months ago I was at my mom’s house and one of the funniest and weirdest moments ever happened. I was standing in the kitchen when my cell phone started ringing. My ring tone at the time was Rhianna’s S&M. The music was loud, my mom and dad who are now senior citizen, learned the song probably from my ringtone, were singing and humming it as reached for it dancing and singing.

I thought to myself how strange a scene it was probably for most people to have their parents not only hear such a song but to sing the song and laugh at it. My mom was like you are a pervert and laughed. My sister and brother who was just in the other room made a comment to the effect of she would (she meaning me). They have always been in awe of how I managed to bring my parents into more modern ways and ‘break’ down their barriers. But it’s not so much that as it is the same with all older parents and the youngest child(ren) the parents are tired. They give up/in they just say screw it and go with the flow. That child is going to be them and they are going to love them so why fight so hard knowing that they have older siblings to help guide them if they get too crazy, LOL. It’s true, my parents did an AMAZING job with them so any possible faults there may have been with me I know to look to them to get something right for myself, though my sister says she ain’t seen that day quite yet, LMBO. I told her it has happened at least once with each sibling and they just don’t know it but I do! They need only ask and I would reveal it.

Anyways, back to S&M! We are all dancing and humming about chains and whips exciting me and me liking it as some random caller rings me. THEN I glance to my left and see IT. The orangish/reddish/pinkish (it seemed to change color depending on my mood or perhaps the day) butterfly shaped fly swatter. It had butterfly shapes within it as well. It sent me into a slow motion daze which seemed to go on for like 15 minutes but in actuality probably only last 3 seconds.

In that time I thought about the my not so graceful and honest moments as a child and pre-teen. I may not have had many but you did not need many where that butterfly weapon was involved. It may not have been the same because it was not cracked in the middle of it’s spine when it was broken over my limbs that looked like they had been seizing like an electrified animation. But it was the same brand from the same store. My hives began to throb and I almost imagine they were the same butterfly shaped welts that would develop later to remind me liars deserved to be popped. It stung more than anything but you learned not be anywhere near the kitchen when you lied. If she had nothing at least you had to go to your room for her to cool off and maybe you would get grounded. But that stupid butterfly of doom. I mean you always thought butterflies were peaceful like rainbows and unicorns…but not me…I don’t go flitting about after butterflies. 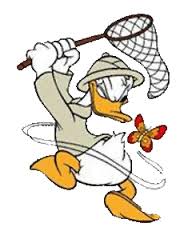 I literally flinch every time they come near me in parks and such and my husband laughs. I never realized it until the day with this ring tone. I will watch them from a distance and think pretty but I rather watch a bird. Butterflies are tricksy 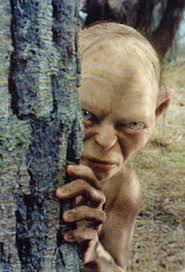 When time sped back up I shuddered and thought, sticks and stones make break my bones, but chains and whips excite me, but BUTTERFLY SHAPED FLYSWATTERS ARE EVIL!