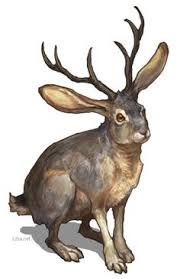 So recently a string of funny moments have been occurring to me that I just must share. How they happen to me at the times that they do I do not even begin to know.

The first one was in passing a bus the other night that had strange animal eyes on the side of if by the name of their mascot I’m assuming called the bearcats. WHAT THE HECK IS A BEARCAT. I mean did they really just run out of scary animals…this animal is seemed made up to me until i researched it. At first I was like it is like the bearillas and mebras we hear about in the wild or jackalopes even, LOL.

Then I found out that the reason I have never heard of it is because the GEEK in me studied animals by their proper names and I remembered something about about a bin…something and looked it up and seeing sports teams and bearcat sparked something and found the durn thing. It’s called a Binturong it’s like a panda. Which I love pandas which is why I remember the proper name (again geek). But they are more docile which made me wonder why a team would want a mascot after them…I guess they are skillful but not very athletic, LOL. 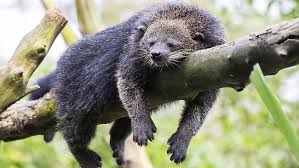 My parents actually have a full set of encyclopedia’s in their house that I actually use to go through when I was little and geography books (when you get grounded and love to learn it’s not really punishment parents, maybe you should have taken my books away then I would have stopped the first time around, LMBO).

My next funny moment came while I was at work listening to my music and cleaning. I was in the zone. I was on autopilot and totally jamming out with my bluetooth headphones in. Then comes a call. I was like man, i should ignore it but it could be important so I took a peek. It was a number I did not recognize and I said well I am working and I need to get this done quickly so I can get home and sleep…But It could be my friend for our outing this weekend…so I called it back….

The person immediately sounded like a recording when answering because she did not even breathe she launched right into her spill:

“Thank you for calling back my name is….with mortgages at an all time ….” I was like huh wait whoa…she was like do you own a home. I was like no I have an apartment I rent and do not call me again. GEESH. She messed up my whole vibe cold calling me and did not even have her facts straight. How she got my number and thought that was ok was beyond me. Most people do not own a home yet and she pulled that at 7:30pm when people would be finishing dinner and putting children to bed if they had any getting ready for bed themselves if they weren’t working 2 jobs, LOL. I fumed about that for about 5 more minutes thinking about calling her back and giving her a piece of my mind. I had to turn my music way up to get back into what I was doing before she cost me my sanity…silly woman.

My third moment came when I probably seemed like I could care less yesterday but that wasn’t the case I was just tired and like mothers and people who are used to someone who requires a great deal of energy you only respond to the emergencies, LOL. SOOOO when he screamed in the kitchen instead of rushing in there I yelled in there and asked if he was ok like any sane person who put a capable adult or older person in charge of bacon and eggs in a kitchen would do, LMBO. I only asked him to get me a drink and he should have been done cooking but maybe a dish was still hot and he may have burned himself slightly. He responded back saying he was ok but was still yelping, so I yelled back do you need first aid. Again, I was dog tired, I had been up since 4am and running on 90 minutes of sleep from the night before and it was 9:30pm. He says manages a garbled no.

He comes hobbling minutes later into the room after I thought that perhaps he went and bought and cultivated the sugar cane fields in which he was making my drink. He tells me of how he went to open the freezer and piece of ice magically flies (and I’m thinking like superman) and spears him in the bed of his toenail (hitting him like kryptonite) and crippling him (seemingly forever) which is why he was in pain. I tell him he will be ok I was thinking he got burned I say. He says we thanks sarcastically. Then I say well be glad I cared if you were hurt, LOL. He says I am honest, and I knew he meant it but he tried to milk this ice knife injury for all it was worth sliding his foot down the hall like it was bleeding and would fall off if you looked at it. I’m telling you I was holding back my laughter so hard I was shedding real tears and gave myself a durn headache. I had to hold it back though because with my husband if I didn’t he would be in the first aid bin I have and wrapping his injury like it did bleed wasting my supplies coming out like a mummy looking oh so special. I swear I need to find a locking bin for my first aid supplies the way he goes through them because I have top grade things and a bin that is 2×3 feet because of the medical things I go through and do and have done over the years and he goes through it like it’s water. It is not cheap! This is not dress up, LOL. Men and their sickness and injuries!