One of my readers/followers reminded me today that I need to brush of my thesaurus and beef up on my vocabulary. Though I have been receiving a lot of help from writers lately, what I have been trying o convey to them is that I have lost/ forgotten my vast vocabulary. I use to speak in an almost geeky jargon of scholarly intellectual form until I dated a particular person in college. This person was very important to me and so was their opinion. However, this person and their family and friends ‘teased’ me non stop about my verbiage. They would said who says opaque when you can just say black or dark trash bag? Seriously. I did it both unintentionally and intentionally because it was a coping mechanism when I was uncomfortable. Since it was all I had to fall back on when they spoke of things (experiences) I knew nothing about being much older than me. I was hurt though because instead of coming to my offense he was usually the first one to make the joke and therefore set the tone for others to make fun. His mother would make jokes but was usually the first to stop everyone else because she COULD actually see my discomfort.

Now I struggle to remember that lovely vocabulary and all the definitions. So i’m going through my my thesaurus apps and sprucing up new ways to say things but also while reading my books I enjoy seeing new ways to say the same message.

For example, I looked pretty sick this morning, my face was pale and I my hair was quite disheveled.

Yes, we can all imagine what that looks like because it is fairly common, but if I really want to grab your attention and kick it up a notch I may say something like:

Staring at my sallow countenance in the mirror I was morose to see that I had sweat through yet another t-shirt despite the air condition being on, and what is that mess of flattened, kinked, and knotted coils in severe disarray on top of my head?

I’m working on it though because I know I can do better! 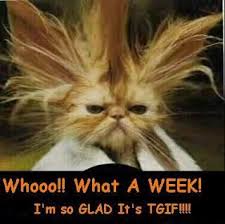